Looking for a way to engage your boys in a good book this summer? Try one or more of these horse books for boys! They also make great read-alouds.

It’s important to mention that girls will enjoy these books as much as boys will. However, my reluctant reader wanted boys as the main character and/or lots of action in the books he read.

Below, I’ve featured just a handful of books that will engage boys of all ages!

You should be able to find them at your local library or bookstore. If you can’t find them locally, you can click each image cover to purchase them on Amazon. 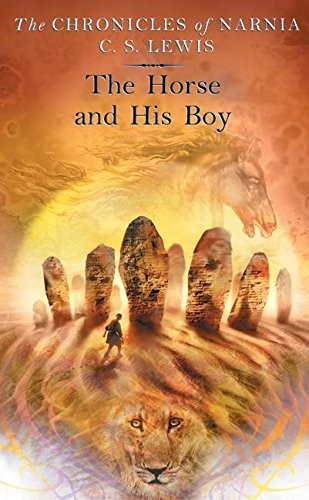 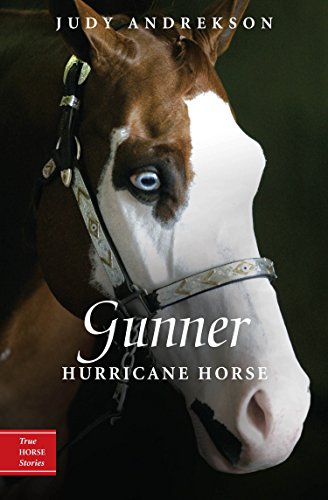 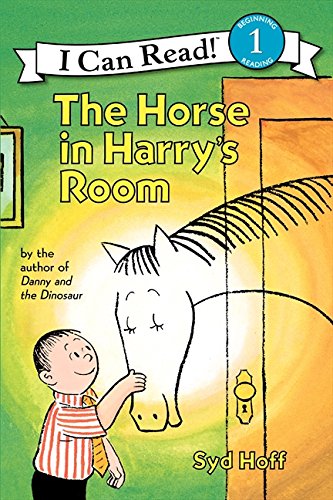 The Horse and His Boy – On a desperate journey, two runaways meet and join forces. Though they are only looking to escape their harsh and narrow lives, they soon find themselves at the center of a terrible battle. It is a battle that will decide their fate and the fate of Narnia itself.

Gunner: Hurricane Horse – PBJ Decks Smokin Gun (Gunner) is an American Paint Horse, one of the many of Heather Lott Goodwin’s herd, and a valuable show animal that won the World Championship Paint Horse title. When Hurricane Katrina passed over the Goodwin property, it took with it the fences, the cattle, and several horses.

The Horse in Harry’s Room – Harry keeps a horse in his room. A trusty horse only he can see. But then his parents take him to the country to see “real” horses. Horses that are free to run, kick, and nibble. Now Harry must decide: Does his horse need to be free, too? 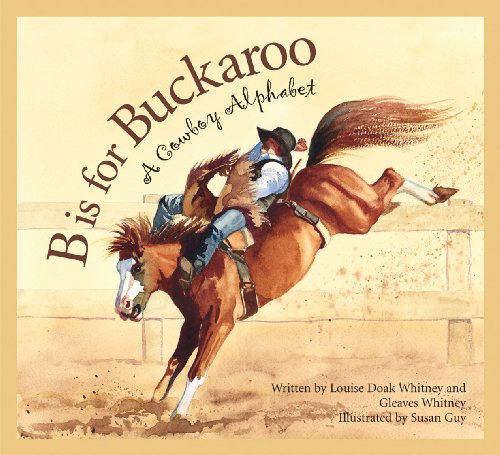 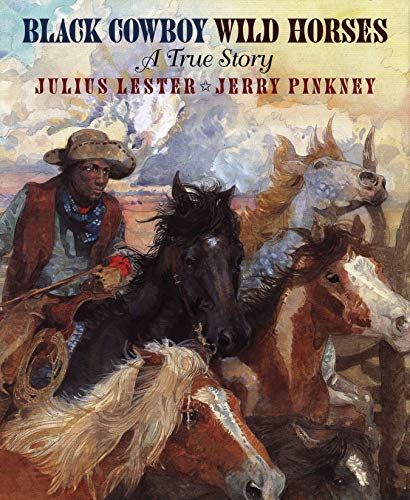 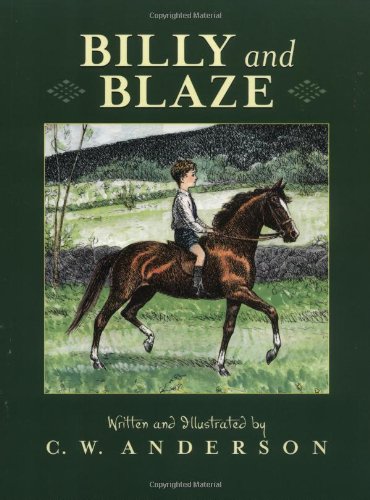 B is for Buckaroo: A Cowboy Alphabet – Hold on to your hat and strap on your spurs! Cowpokes and buckaroos of all ages will enjoy this A-Z gallop through the facts, feats, and folks of the cowboy way of life. Even greenhorns are invited to ride this fun-filled range!

Black Cowboy, Wild Horses – Bob Lemmons is famous for his ability to track wild horses. He rides his horse, Warrior, picks up the trail of mustangs, then runs with them day and night until they accept his presence.

Billy and Blaze – Billy was a little boy who “loved horses more than anything else in the world.” Imagine how happy he was when he got his very own pony for his birthday! From that day on, Billy was seldom seen without his new friend, Blaze. 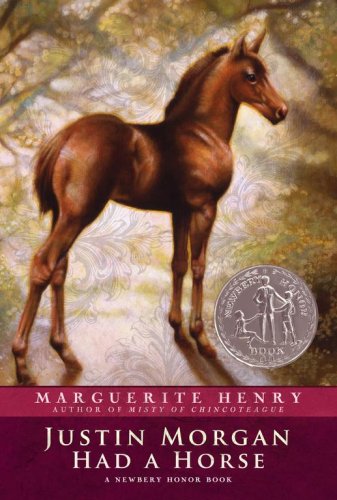 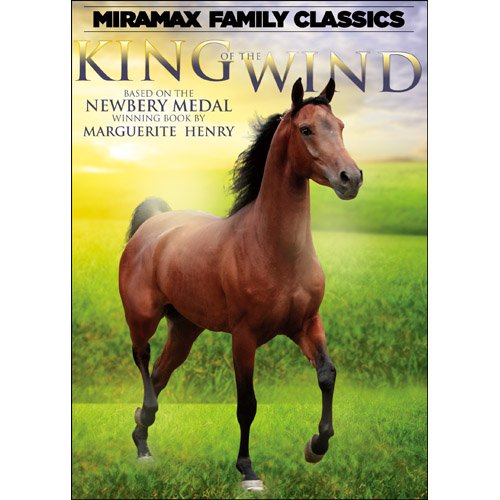 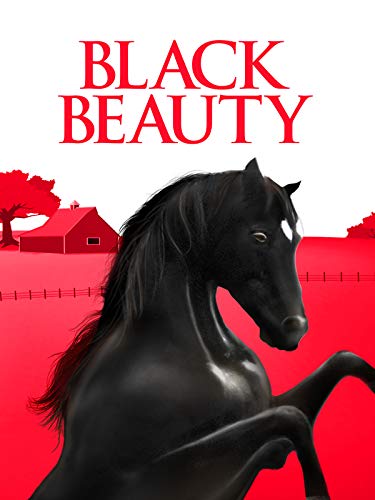 Justin Morgan Had a Horse – Joel Goss knows that Little Bub is a special colt, even though he’s a runt. And when schoolteacher Justin Morgan asks Joel to break the colt in, Joel is thrilled! Soon word about Little Bub has spread throughout the entire Northeast — this spirited colt can pull heavier loads than a pair of oxen. And run faster than thoroughbreds!

King of the Wind – This is the classic story of Sham and his friend, the stable boy Agba. their adventures take them from the sands of the Sahara. to the royal courts of France, and finally to the green pastures and stately homes of England. For Sham was the renowned Godolphin Arabian, whose blood flows through the veins of almost very superior thoroughbred. Sham’s speed — like his story — has become legendary.

Black Beauty – Black Beauty is a handsome, sweet-tempered colt with a strong spirit. As a young colt he is free to gallop in the fresh green meadows with his beloved mother, Duchess, and their kind master. But when his owners are forced to sell him, Black Beauty goes from a life of comfort and kindness to one of hard labour and cruelty. 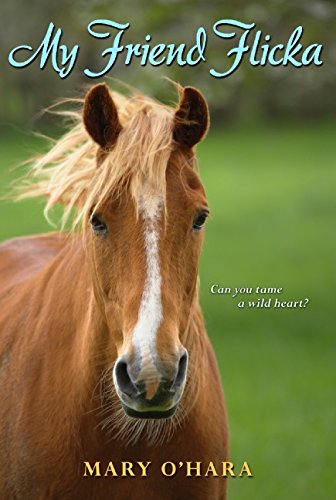 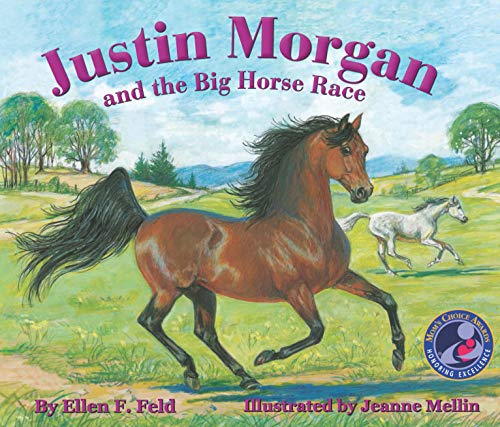 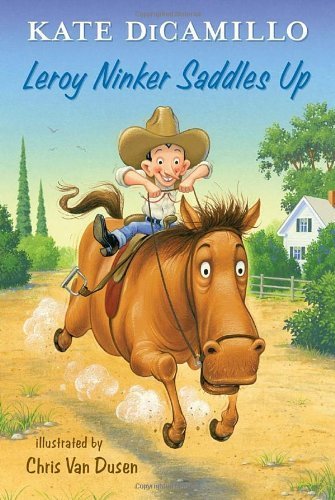 My Friend Flicka – The first time that Ken McLaughlin sees Flicka galloping past him on his family’s Wyoming horse ranch, he knows she’s the yearling he’s been longing for. But Flicka comes from a long line of wild horses, and taming her will take more than Ken could ever have imagined. Soon, Ken is faced with an impossible choice: give up on his beautiful horse, or risk his life to fight for her.

Justin Morgan and the Big Horse Race – Justin Morgan is a proud, beautiful stallion living in the hills of Vermont. He works hard to help farm the land and when he has time to play, he loves to run through his field, bucking and rearing as he goes. One day, two racehorses appear and challenge him to a race. What Justin doesn’t know, however, is that the two racehorses plan to trick him into racing twice – once against each horse. Will Justin accept the challenge, and if he does, is there any way he can win two races?

Leroy Ninker Saddles Up – Leroy Ninker has a hat, a lasso, and boots. What he doesn’t have is a horse—until he meets Maybelline, that is, and then it’s love at first sight. Join Leroy, Maybelline, and everyone’s favorite porcine wonder, Mercy, for some hilarious and heartfelt horsing around on Deckawoo Drive. 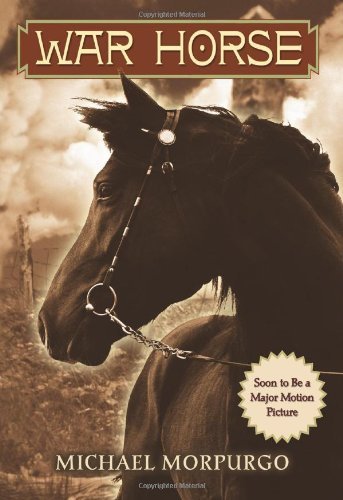 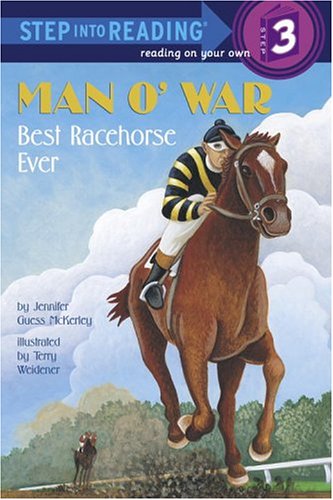 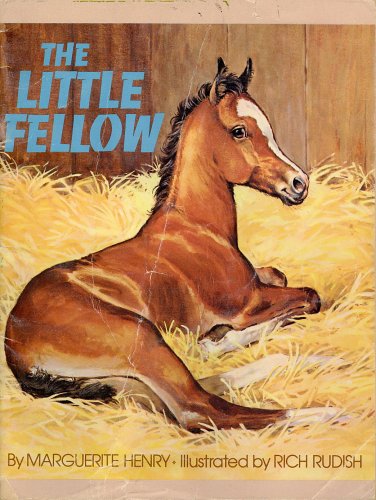 War Horse – In 1914, Joey, a farm horse, is sold to the army and thrust into the midst of World War I on the Western Front. When Joey is dragged away, his heart aches for Albert, the farmer’s son he is forced to leave behind.

Man O’ War: Best Racehorse Ever – Beginning readers can find out how a wobbly colt grew up to be the greatest horse of the century, setting records for speed and only losing one race in his illustrious career.

The Little Fellow – Enjoying his special status as the only colt in the Spring pasture, Chip resents the sudden appearance of another little fellow

Which of these horse books for boys will you read first?

Round Out Your Unit with These Activities

Add a wooden hobby horse to your imaginative play area, and your toddlers can pretend they’re riding a horse of their very own.

Toys with wheels have always been beloved among kids because there is a motion that is always interesting! This gorgeous wooden horse pull toy is no exception!

« How to Make a Sundae Sequencing
Patriotic Activities for Kids »