There are plenty of great dinosaur movies for kids to enjoy. If you have a dinosaur-obsessed kid, they’ll love watching a movie about these prehistoric creatures.

And even if they’re not particularly interested in dinosaurs, they’ll likely still find them fascinating.

There are plenty of dinosaur-themed movies for kids out there, so you’re sure to find one that’s perfect for your family.

And who knows, you might even end up becoming a dinosaur fan yourself! Which one will you choose for your next family movie night?

Why are dinosaur movies so popular?

Part of it may have to do with the fact that dinosaurs are such fascinating creatures. They are often seen as being larger than life, and their size can be intimidating.

They are also very different from any other animal that young children are familiar with, which makes them all the more intriguing.

But dinosaur movies also offer a sense of wonder and adventure that is hard to resist. These movies take us back to a time when anything seemed possible, and the world was a much bigger place. For younger children, that can be a very appealing notion.

Watching a dino movie with your kids can be both fun and educational. They provide a great way to stimulate kids’ imaginations and help them understand prehistoric times, encouraging creativity and critical thinking skills.

In addition, educational content is often woven into the stories, such as knowledge about geology, biology, and ecology. Furthermore, watching dinosaur movies with your kids can create strong bonding experiences and lead to meaningful conversations. 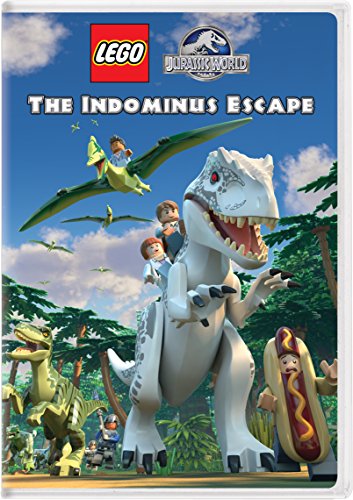 Claire is called upon to fix the amusement park's newest attraction, but when things go terribly wrong she calls on Owen to help.

The duo must battle the Indominus rex and save the tourists who are visiting Jurassic World. 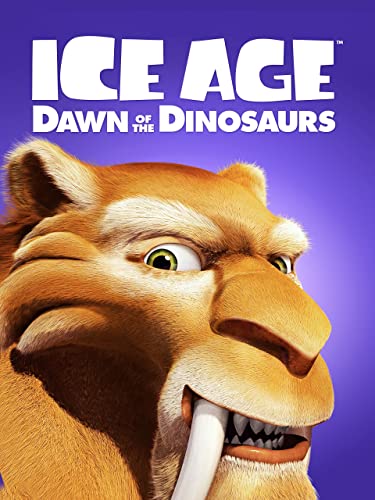 Ice Age: Dawn of the Dinosaurs

ICE AGE: DAWN OF THE DINOSAURS is a hilarious, all-new adventure for the whole family.

In this third installment of the blockbuster ICE AGE franchise, Manny and his prehistoric posse find themselves in a lost world after Sid accidentally hatches three dinosaur eggs. 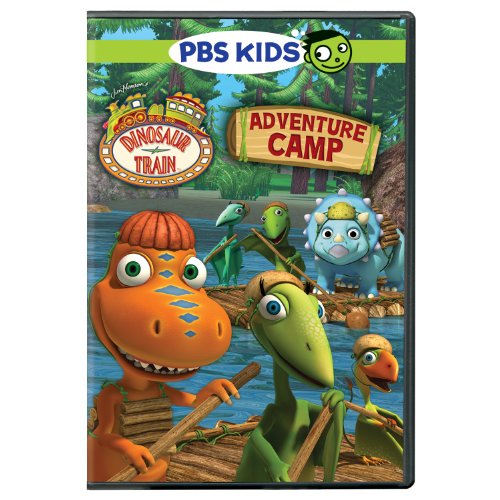 The Pteranodon family goes on a day camp with the Conductor.

There's also a hike down a canyon where they can see the different layers of the Mesozoic Era. 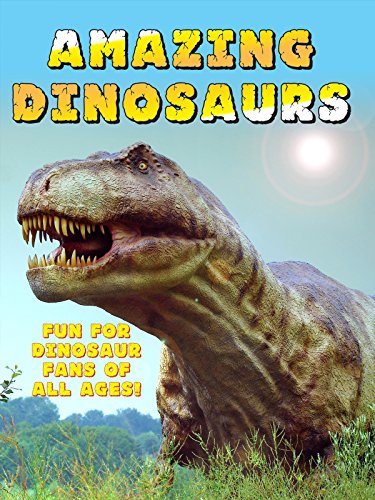 Join in on the fun and adventure as Gary Owens sends his pal Eric Boardman on a mission to bring back more dinosaurs.

You'll travel the globe on this magical tour of discovery! 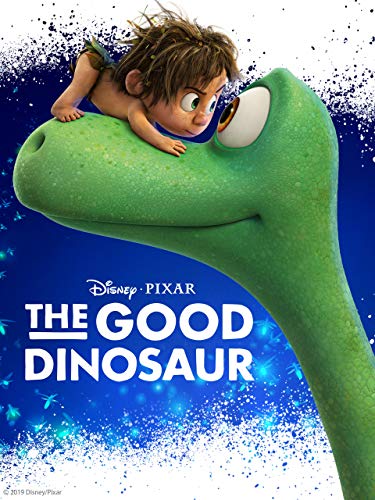 Pixar Animation Studios takes you on an epic journey into the world of dinosaurs where an Apatosaurus named Arlo makes an unlikely human friend.

While traveling through a harsh and mysterious landscape, Arlo learns the power of confronting his fears and discovers what he is truly capable of. 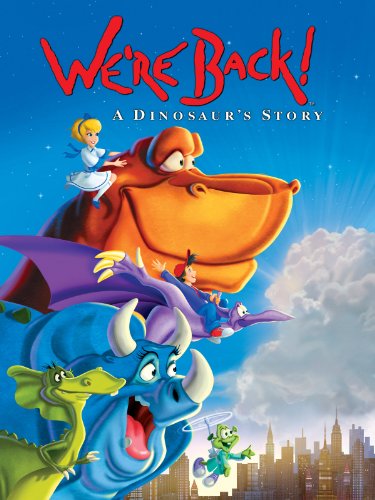 We're Back! A Dinosaur's Story

A scientist travels back in time to feed dinosaurs a magic cereal that makes them smarter. They land in modern day New York City for a series of fun adventures.

This movie is perfect for the whole family - it's funny, charming, and full of adventure. 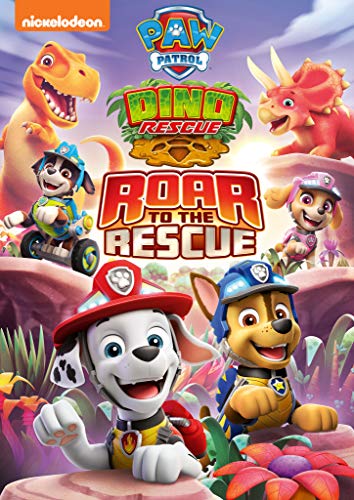 ROAR into a prehistoric land with the PAW PATROL in these 6 dino-mite tales including two double-length missions!

Join the pups as they roll into Dino Wilds to keep their new friends safe from an erupting volcano and a scheming dino egg thief.

Then, the team gears up for a robotic dinosaur adventure! 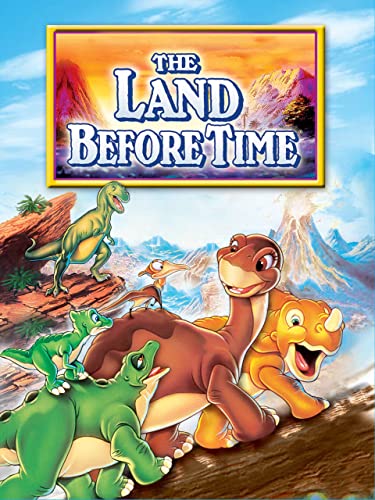 The Land Before Time

Four young dinosaurs become separated from their parents and must band together on a perilous journey through the Great Valley to find them. 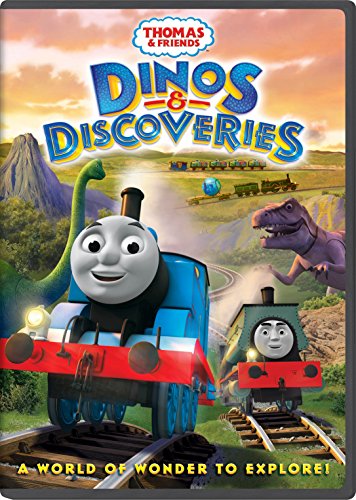 Thomas and his friends are filled with wonder at the fantastical new sights and sounds on Sodor.

Volcanoes sizzle, dinosaurs roar, and the engines help the Earl with a special surprise.

Marion experiences some dino daydreams, as Bill and Ben send Timothy on an expedition for a rainbow-colored car.

Samson discovers his slip-ups cause confusion and delay, while Emily marvels at her giant and worldly Special.

It's time for big adventure and dino-sized fun with Thomas & Friends™! 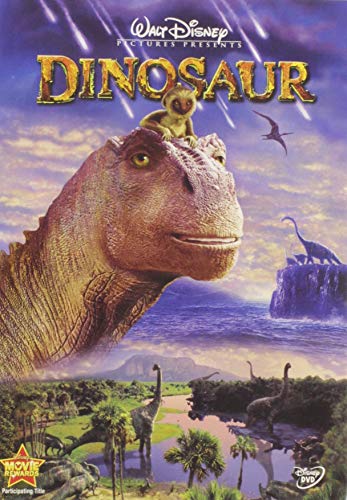 DINOSAUR tells the story of Aladar, an iguanodon who is raised by a clan of lemurs.

When a meteor shower destroys their home, he and his family follow a herd of dinosaurs heading for the safety of the "nesting grounds."

Along the way, Aladar befriends Baylene, an elderly brachiosaur; Eema, an unstoppable strachosaru; and Neera, a feisty fellow iguanodon.

Together, they must stand strong amidst food and water shortages, the threat of carnotaur attacks, and Aladar's run-ins with the herd's stubborn leader, Kron.

If your young kids are nuts about dinosaurs, then they’re in luck. There are plenty of great movies out there featuring these prehistoric beasts.

From the comical “The Good Dinosaur” to the more action-packed “Jurassic World”, your child is sure to find a dinosaur movie that they’ll love.

So pop some popcorn, sit back, and enjoy watching your little one’s face light up as they watch their favorite creatures on the big screen.

Do you have a favorite dinosaur movie for kids? Let us know in the comments!